Our Burning Sky discussion left no question answered! This is my favorite story of the summer so far. It grapples with potent, ambiguous questions about the inevitability of violence and grievance as a justification for force. It’s also a superhero/sexual awakening story. Find your kink, for goodness sake; there’s all sorts. In fact there are two parallel story lines in this short story: 1) a recent divorcee with a nubile narcissistic lover, and 2) a journalist who stumbles upon a vigilante hideout and is taken to task for her intrusion.

In many respects the story is style over content, and there’s a literary, modernist echo to this prose. Dave didn’t like it because it needed so much deciphering. For some reason it wasn’t okay for the author to just tell us what was going on. Lots of detective work on the reader’s part, and frankly there is no tidy finish. Dave predicted that the mood of ambiguity and uncertainty were going to largely remain unresolved, and he was right. It creates a mood and leaves it there. Personally, not Dave’s style preference. 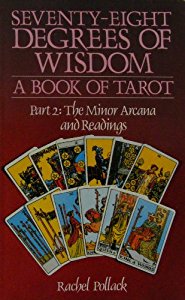 But Pollack is also a poet, comic book writer, and industry-recognized tarot specialist, so in context her approach packs ample content into the style, and deciphering the substance from the images is part of the process.

By some standards, it isn’t even science fiction. No fictional technology at all, just sheer, sensuous Free Skin body suits. It’s value lies deeper than that, more literary I think, and the superhero vigilante element lets it posture into the sci-fi frame.

The story’s real power to me, is the questions it raises about boundaries, force, and the abuse of power across the sexes. Lots of weird things about Louise’s need to get Maggie off, to preserve an undefeated record, and a genuine wish to get Maggie in touch with her self, the pleasure center, the deep orgasmic grounding. At the same time Julia is contenting with being abducted and subjugated by the Free Skins after violating their privacy and photographing their hideout. The idea that it is an initiation is almost secondary.

P. 965 “In the ritual hall Julia spends days hanging from copper, then brass, then silver manacles…”
The abusive/bondage/power play/rape initiation into the Free Skin, but as a form of consequence for her stalking them, for getting too close.

P. 966 The “rapist prick” scene, when Louise takes Maggie out on a rowboat and says “I’m not taking this boat back to shore until you come and I can feel it all over my fingers.”

Suhail: Yeah, to hell with that. On one hand Louise only wants you to get off, to activate your potential. On the other hand, Louise only wants it for narcissistic reasons. “Louise” must make you come, so it becomes rape.

Then the discovery in the Maggie/Louise timeline that Maggie is turned on by latex and skin suits, when she sees the skin diver in the lake and gets flush. Her kink finally discovered, she is delighted to get off at last. Good I’m glad she gets to come.

After the journalist Julia is initiated into the Free Skins against her will she is released to be a vigilante like them, a superhero slave gimp.
P.967 “With no one to command her she forgets to eat and one day passes out while photographing a police parade in the South Bronx.”
She’s a trauma survivor, but also a Free Skin? In remembering the initiation, “She wonders how she could have submitted to such strange and wretched slavery.”
Julia is summoned to don her Free Skin uniform and take out a corrupt judge. She panics, refuses, and hides the suit. The suit disappears and is replaced with a suicide knife. Julia stews in the guilt of denying the Free Skins.

In Maggie’s quest away from “the City of Civilized Sex,” she discusses a lot of the people in the kink community and what brought them there. Again the themes return of the porous nature of the boundaries between people’s psyches, and the way in which a stronger more aggressive psyche can alter the contours of a less powerful or aggressive psyche. And she dissects what brought people to these communities.

P. 967 “After a while they all began to strike me as rather odd, not just for their missionary zeal, but for their hunger for community.” In taking this deeper, in her next paragraph, the character Maggie narrates: “…or if each new arrival, thrilled at finding a town where she’d expected only a swamp, confused gratitude with eroticism…” 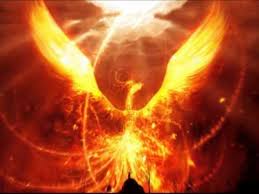 There’s the rub. They want community more than orgasms.

“confused gratitude for eroticism.”
Dave: It takes a psychological problem and makes it a sexual one.

Julia and Maggie sort of switch places. Maggie is freed for discovering the skin suit gets her off. Julia loses her Free Skin and the old hideout becomes a button factory.

We talked about the modernist style ambiguities and stylistic obfuscations in the language. The fact the the story does force you to do some figuring and inferring. Almost like a murder mystery, but not invested in wrapping it up. The Free Skin is also “wretched slavery,” so what is the question?

Dave: But it’s pretty bleak though. It thrives on your uncertainty. At least with a murder mystery you know there’s an answer. In this you can tell right away there will be no answer. But in this genre it I suppose communicates things that you can’t get at in a simple murder mystery.

And there’s the rub: a hunger for community, confusing gratitude for eroticism. This moment in the story backs up Dave’s Freudian observation that these characters are sexualizing a psychological problem. Maggie’s frozen clitoris is her need for fulfillment, actualization. Sometimes sex is part of the process of addressing a psychological problem.

Dave: It avoids the simplicity of men-are-bad, women-are-good social solutions. Power itself is the problem, not who’s wielding it.

David: It’s the the Id and Superego at cross purposes. “You wanna be free?” “Then you gotta be a slave.”

A slave to what? Well, at the end of the story, Julia gets her Free Skin back, but only after she attempts suicide. It gets very Abrahamic. She actually has to heft the dagger and commence the self-sacrifice before the salvation is delievered in the guise of the Free Skin suit grrls taking her back into their fold. They “dress her in the Free Skin she abandoned for an illusion of freedom.” Implying that choosing to avoid your duty is not freedom. 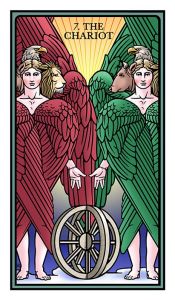 P.968 “Sex exists to lay traps for fantasies.”
Suhail: This is the thesis of the entire story, what the story is all about. It’s a good story. It is my favorite this summer so far.

David: But that also speaks to the quality of our list as a whole. Chris dropped out because the list didn’t have any oomph, this story no more than the previous. It style was too complex, intentionally ornamental in a way. It’s like the guy who buys a Harley after someone makes fun of the size of his dick.

Suhail: Like the shock value first sentence about her clitoris being a magnet, or a compass.

David: But that doesn’t follow through. It’s a clever, shocking first sentence more than anything else. It doesn’t end up being a metaphor or actually being the case. No development.

Suhail: It would be nice to read novels again. This short format (5,000 words and under) has it’s limits. We don’t get to see what the author can really do.

David: It’s not really even sci-fi. It’s the literary answer to sci-fi. What is it, 1989, right? This prose is very motivated by the indictment that sci-fi was just pulp writing and not substantial literature. This style heavy heady modernist approach. 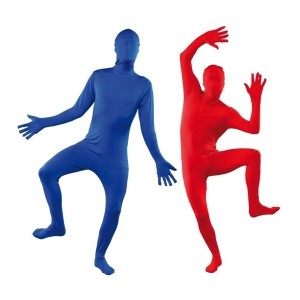 Suhail: Yeah, modernist. It’s cultural criticism fiction. Slap a superhero/kink patrol body suit into it and viola, sci-fi! HA! It’s funny how we’re really managed to zero in on the grad school fiction this summer. HA! But this story is still my favorite so far. I feel it brings up things that Tiptree, Jr. addressed, murky questions about exploitation, boundaries, psychological manipulation, power. These are complex, fluid, and uncomfortable notions. Frankly, men seem to write less about conflicted states of empowerment and sex identity, and they’re potent subjects.

We waxed poetic about fun, engaging, stories, like Reiko’s Universe Box, it’s accessibility and airiness, and solid delivery. Tune in next time for our update of “Remnants of the Virago Crypto-System” by Geoffry Maloney.

Thank you for reading. Reading rules! 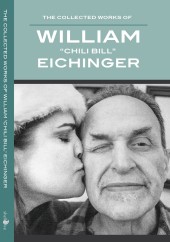 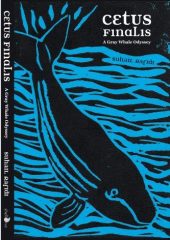 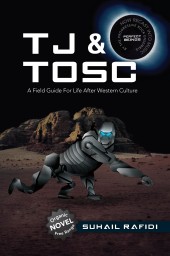